Colorado (Quite Possibly the Love of My Life)

I had originally planned to go to Yellowstone after leaving Missoula, but as I called around to RV parks I found that they were pretty full.  I thought about staying in a crowded RV park and going to a crowded national park and decided that was not the kind of experience I wanted to have, so I postponed Yellowstone and decided to go visit the crew in Villa Grove, whom I'd met last summer at Colorado Fly Week 2015.  Rich Jesuroga had invited me to bunk at his place, and I'd recently had some pretty good luck taking people up on those offers.

I drove from Missoula to Idaho Falls on Saturday the 18th, stopping at Big Hole National Battlefield.  Big Hole is the site of one of our infamous massacres of Native Americans.  When we decided to confine them to the reservations, some of them resisted and ran.  The military chased them to this place where they thought they'd be safe, and wound up killing a bunch of them and forcing the rest to Canada.  It's a beautiful place, and without the signs telling the story, you'd never know such an awful thing had happened there.  I think Rinker Buck sums it up well in his book The Oregon Trail: A New American Journey:


In the cemetery quiet of these places, all the clangor and hell of actual history - the smell of manure where horses were bedded, earth scorched from fire pits or cannonball explosions, the stench from bayonets ripping flesh - has been sanitized away. While preserving history, we remove it. There's nothing wrong with this, of course, and I'd rather see a beautifully maintained battlefield than a Wal-Mart parking lot. 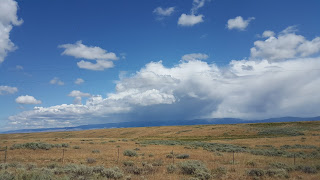 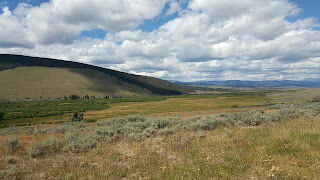 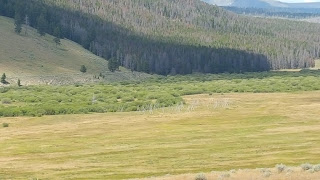 In Idaho Falls I stayed at a county park with RV hookups.  This was pretty cool - there were only a handful of other RVs there and it was pretty quiet...and since it was an actual park, as opposed to an RV park, there was a much higher ratio of park to RV than I'd become used to.  Sunday morning I had my biggest driving day yet - about 500 miles. According to Google Maps that would have been a 7.5 hour drive, BUT I hadn't towed the trailer in so long that I forgot how much slower than the speed limit I have to go...so it took me all damn day.  I did manage to squeeze in a very quick stop at Lava Hot Springs, though, which felt so good I almost didn't get back on the road.  However, once I saw the large group of children checking in at the front desk I felt a renewed motivation to get going. 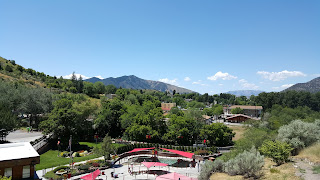 The next couple of nights were spent in Steamboat Springs at the KOA there - chosen for its proximity.  Not my favorite campground - as is common for KOAs, it was just a few feet from the main road.  Although it was also right on the river, the sites were arranged in such a way that every pair of RVs face each other.  This meant that my neighbors, a woman and 3 kids, looked in my front door while they ate every meal.  Pretty uncomfortable, especially since one of my favorite things about Colorado is buying pot legally and then smoking it.  There was plenty for me to do away from the campground, though, even though it rained for a decent portion of my time there.  I got a nice little hike in, which totally kicked my ass thanks to the altitude and the fact that my hiking shoes were tearing up my feet again.  I definitely ate well in Steamboat - had a lovely brunch, including a damn fine Bloody Mary at Creekside Cafe & Grill.  I even took myself out for a nice steak dinner at Mahogany Ridge Brewery & Grill. 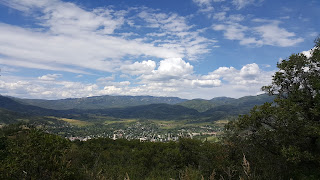 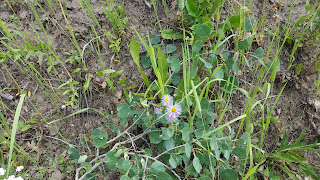 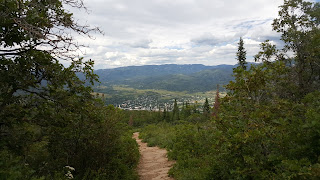 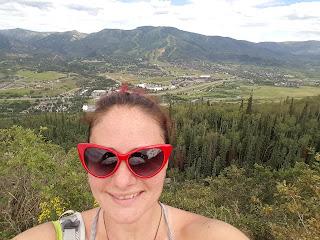 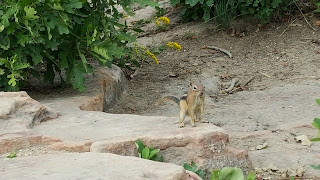 Tuesday morning I got back on the road, headed for Rich's house in Salida.  He had even arranged a place for me to leave my trailer not to far from his place, in case I needed to get in and out of it while I was staying with him.  And folks, my good luck continued...Rich's place was beautiful, but the best part about it was that every room in the house had breathtaking views of the mountains to the west.  I couldn't get over it, but Rich and his wife Susan just kept telling me to wait until I saw it in the morning. 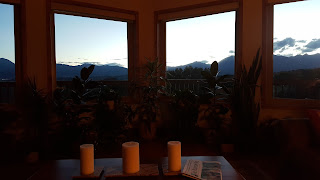 No flying happened on Wednesday, so I took a road trip to Crested Butte, and thanks to Rich's advice I kept going North past Mt Crested Butte on a dirt road to the little town of Gothic.  This place was so cool.  It's part town, part environmental research facility.  I didn't get too much info because the visitor center was closed by the time I got up there, but I did get to see some beautiful wildflowers and an amazing full double rainbow. 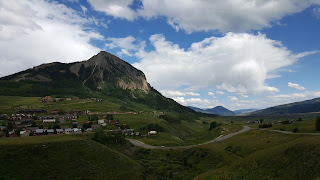 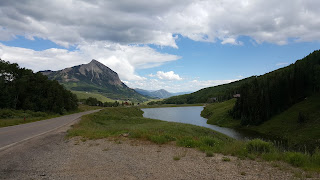 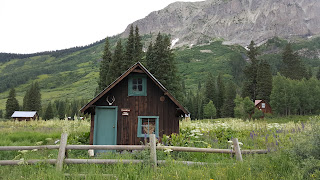 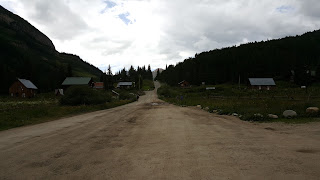 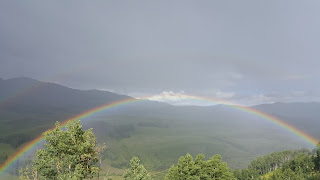 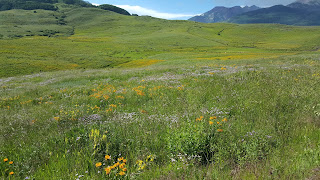 Wednesday morning we were up and out of the house by 9:30 and headed for Villa Grove.  This place was just as beautiful as I remembered - possibly more so because they've had so much rain this season that the valley is much greener than usual.  The wildflowers are spectacular this year and they provide a beautiful contrast to the normal sagey green.  I ended up not flying because it was pretty gusty and I wound up tiring myself out just holding the glider waiting for a good cycle.  The altitude is a killer - launch is just under 10,000 feet, and the valley floor is at 8,000.  It's a workout just hanging out up there, let alone setting up a glider, suiting up, walking to launch and then controlling the glider in gusts.  Rich and I decided to head to the training hill the next day to get me a confidence flight or two before I went up to Villa again. 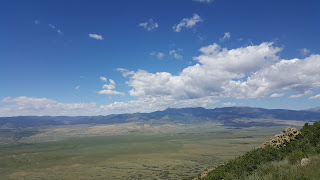 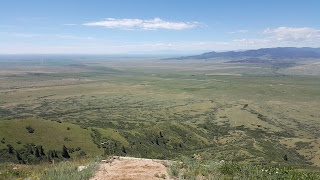 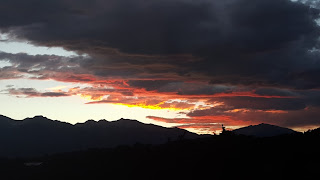 Well, Friday was a bit cloudy and there was rain around us (although notably not in Salida) but we headed out to the training hill anyway, west of Saguache. I had my vario back in working order, which seemed like a good omen. We never even made it there, though, because it was raining in the vicinity.  We turned around to head for Villa and check out the scene out there and pick up Rich's glider, which he'd left on launch the day before.  When we stopped in Saguache for gas, I found this little gem while I was waiting in line for the bathroom.  You can't make this shit up. 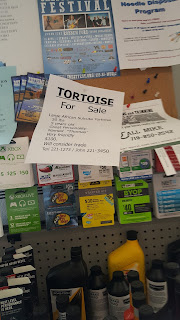 On Saturday I decided to just go hiking, figuring that would be more enjoyable than hanging around on launch all day hemming and hawing about whether I was going to fly.  I had a nice little hike and then towed my trailer down to Villa - Tiffany & Larry were having a party for Tiffany's birthday so I parked in their backyard.  No hookups, but what a view.  And there's a bathroom nearby so not too primitive.  And Scot Huber and Mike Chevalier regaled me with tales of sledders off of Whale (Scot's first sledder in probably 20 years) and no flying at all from Villa, so I didn't feel bad at all for missing out.

Sunday morning, Scot and I spent some time figuring out my self-contained systems...getting the 12-volt stuff to work off actual 12-volt power (new battery solved that one!), getting the fridge to work off propane (again - new battery to the rescue) and making sure the water pump worked.  In exchange for Scot's expertise I gave him a ride up the mountain, where he had his second sledder in 20 years (!) and then I skipped town again and headed for Pagosa Springs.